The Jericho Mile contains a straightforward story about a complicated man.  This makes it one of the most difficult films to make.  To be successful, it requires realistic dialogue, good characterization, a grim and tough setting, and solid acting.  And as the makers of this movie went to the trouble to achieve these things, the final result is an honest film.

Larry Murphy (Peter Strauss) is serving a life sentence in Folsom Prison for the murder of his father.  The way Murphy tells it, he killed him because he raped Murphy’s sister.  Murphy wants to now bide his time in prison not bothered by staff or the other prisoners.  Murphy only has one friend in prison – a young black husband and father by the name of Stiles (Richard Lawson).  He spends his time running around the prison yard trying to rid himself of his demons.  This earns him the nickname “Lickety Split.”  As it turns out, the pace he’s running during his very short workouts in the prison yard put him in the class of Olympic runner.

A Dr. Janowski (Geoffrey Lewis), who would like to reach and help Murphy, discovers Murphy’s ability as a long-distance runner.  He arranges for a trainer to coach Murphy on his running in hopes that Murphy will obtain an Olympic bid.  Murphy only reluctantly agrees to cooperate.  To him, it means dwelling on the possibility of achieving travel in the outside world and possible freedom – a freedom he knows to be a pipedream.

Stiles, honest to a fault, is unwittingly drawn into a drug-trafficking scheme by the prison drug king, Dr. D (Brian Dennehy).  Because Stiles thought he was going to meet his wife and child rather than one of Dr. D’s drug mules, he refuses to cooperate with the drug mule and ends up getting her busted.  Ultimately, this leads to Stiles’ murder at the behest of Dr. D.

As Dr. D tries to pin the blame for the murder on Murphy, neither black nor white prisoners will cooperate with prison authorities to complete a track that would allow Murphy to train and try out for the Olympics.  Eventually, the black prisoners figure out what is going on, that Murphy was Stiles’ friend, and they help complete the track.

Unfortunately, Olympic officials do not want a felon running on the Olympic team.  They devise a scheme that will keep him away.  Murphy than runs his own trial solo with no one to observe but the other prisoners, and it turns out that Murphy ran a faster time than any of the American athletes that do qualify for the Olympics.

Perhaps because The Jericho Mile was a television feature, maybe I’m the only one who remembers it.  Based upon a story by Patrick Nolan, Nolan also took on the role of co-directing the film with Michael Mann.  At 97-minutes in length, a tough storyline, an excellent cast, and the recipient of several Emmy Awards, the film deserves greater attention.  Too bad so few people will ever take the time to watch it.

The Jericho Mile is not a movie that follows a tried and tested formula like most of today’s blockbusters.  Whatever you say about Hollywood, its studios know how to bring in money.  They do it by spending money on special effects and advertising and have no interest in making a decent film that will fail to draw an audience.  And that’s the issue with The Jericho Mile.  The only way viewers knew about it was through perusing the TV guide.

Some of today’s movies often have budgets well over $100 million.  But I suspect it’s difficult to create a film containing character development when spending that sort of money.  Directors and producers are more concerned with showing off the special effects at that point.  Otherwise, why spend $100 million?

This made-for-television film, on the other hand, probably had little budget.  Even in today’s dollars, The Jericho Mile might have a budget that is about one percent of the size of today’s typical movie.  But whatever its spending limitations, The Jericho Movie is a quality movie.  Thankfully, it is not typical in any way.  Filmed inside Folsom Prison, the atmosphere in the movie is real.  So is the emotion. 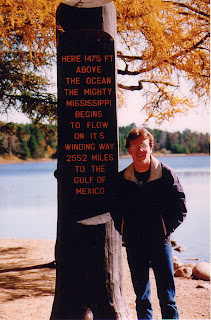