MUNICH (2005): A Movie Inspired by Something

The first visual we see on the movie screen contains the words: “Inspired by actual events.”  Steven Spielberg’s Munich then begins with the kidnappers making their way into the Olympic Village, and it ends with a flashback of the eleven Israeli Olympic athletes being killed.  Whether anything shown in between resembles “actual events” is strictly up to the viewer to decide.  Anyway, a Mossad agent by the name of Avner (Eric Bana) is recruited by Golda Meir to lead an elite team of Israeli agents to assassinate every terrorist involved in the Olympic killings.  Included in the team is Robert (Mathieu Kassovitz) who makes toys and is recruited to make bombs, Steve (Daniel Craig) who believes only in “Jewish blood,” and Carl (Ciaran Hinds) who has too many doubts about the mission to ever be effective at killing anyone.  Avner wants to be like both Steve and Carl: he wants to be a good soldier like the former and to have a conscience like the later.  The team traveling to Rome, Paris, and Beirut among other places somehow manage to kill a few accused terrorists and many innocent civilians.  Interestingly, they once share what is called a “safe house” with some Palestinian bodyguards and hold some intellectual discussions without killing each other.
Unfortunately for the Mossad agents, their mission is somehow discovered by the Palestinians and the agents themselves become targets.  Avner discovers his group is being hunted down after Carl is seduced in a hotel by Mata Hari (the character’s real name is unimportant) and he’s later found naked and dead.   Avner does manage to get his revenge.  Mata Hari is easily located in a luxurious houseboat and is assassinated by Avner and Steve during the daylight hours.   That she stayed at the boat without security speaks unfavorably to her intelligence.  That she has to die with her breasts exposed shows Spielberg indulging in sensationalism.

Through out the entire movie, Avner has doubts about the mission.  In the end, he leaves Israel and moves to Brooklyn.  He has not spent anytime with his wife or newly born child since the mission began, so he now wants to make that time up to them.  But Spielberg makes sure we know that Avner cannot escape from what he has done.  Even in the United States, he fears for his life as well as the life of his wife and child.  And while making love to his wife, he can’t stop recalling the Israeli athletes being shot on the airport runway.
Roger Ebert calls Munich an “act of courage and conscience.”  Or it may be the act of making a political statement.  No doubt this is the most courageous movie that Spielberg has ever made, but that doesn’t tell us much.  His early escapism movies were later replaced with more dramatic movies about D-Day and the Holocaust.  Though Saving Private Ryan starts out with the usual display of Spielberg’s spectacular special effects, it gradually evolves into a typical World War II film that could just as well have starred John Wayne.  Shindler’s List is a moving and horrifying story, but it doesn’t require a lot of moral sensibility to disapprove of concentration camps like Auschwitz.  With Munich, Spielberg for the first time is creating a movie that will not be big at the box office (he probably only made a few million dollars off of it).  Also, Spielberg opened himself up to attacks by the political right for criticizing the aggressive response of the Israelis to the Munich massacre.  (It takes little imagination to guess what else he is criticizing.)  I give him credit for being open to censure.

Unfortunately, most moviemakers like Spielberg are poor historians.  Ty Cobb is portrayed as a sinister and tremendously talented baseball player in Al Stump’s biography named Cobb; he’s a comic book monster in the movie supposedly based on that book.  Frank Nitti committed suicide in 1943; he didn’t die in 1932 while being thrown off a courthouse as is shown in the movie The Untouchables.   No Roman slave ever became Emperor because of a fight to the death in the coliseum as portrayed in Gladiator.  And Bob Woodward did not look like Robert Redford in All the President’s Men.  Message films like Munich passed off as historical fact are dangerous because someone in the audience will believe that everything happened as shown.  A suggestible person like Roger Ebert will speak knowingly about the mid-east with only a two hour and forty-five minute movie to back them up.  For example, Ebert suggests that Israel may find Spielberg to “be an invaluable friend, and for that very reason a friend of the Palestinians as well.” This is worse than ignorance because Ebert is too insignificant to speak for Israel or for the Palestinians and because, contrary to what Ebert might think, Steven Spielberg is not God.  Spielberg is right in believing that the problems between the Palestinians and Israelis (which then involves the entire mid-east) occurred prior to the Iraqi war, the suicide bombings along the West Bank and Israel’s military response, the Persian Gulf war, the assassination of Sadat, the overthrow of the Shah, and numerous other reprisals by Palestinians and Israelis alike.  But the problems also existed prior to the killings of the Israeli athletes, the six-day war, Nasser’s promise to wipe Israel off the face of the earth, killings of Jordanian civilians by Sharon, or the creation of the Israeli state.  In fact, the problems came before the Holocaust, the pogroms in almost every European nation, the Spanish Inquisition, the crusades, and the expulsion of the Jewish people from Judea.  The two people are fighting a war that probably should have been fought and resolved three thousand years ago.  There may be many causes for terrorism in the mid-east as a result of interference of western nations or the aggression of Israel, but there may also be many reasons for the creation of an Israeli state.  A single movie cannot sum up all that has gone down over the centuries between the two people, but it doesn’t take much historical knowledge to understand that the problems began before 1972.

This movie was not an original Spielberg idea.  A 1986 television movie called Sword of Gideon already told the same story based on the same book by George Jonas.  Unfortunately, that television movie was more balanced (and in the end more honest) than the one Spielberg delivered, which shouldn’t happen considering all that Spielberg has at his disposal.  Somewhere, Munich lost its objectivity and comes close to being propaganda rather than art.  The objectivity may have been lost while juxtaposing the love making with athletes dying (critics have argued endlessly about what this symbolizes), it may have been lost when we see the beautiful young child of a suspected terrorist playing classical music on a piano (we thank God she wasn’t killed in an explosion that took her father’s life just minutes later), it may have been lost when we see dozens of innocent people gunned down in the streets of Beirut (without a hint of this ever being reported anywhere), or it may have been lost when we witness the constant hand wringing of agents who were supposed to be so good at their job of being assassins.  I think it was lost with the words: “Inspired by actual events.”  What those words mean is Spielberg passing off as historic truth what he cannot possibly know while at the same time making a disclaimer about any inaccuracies in his movie.  Inspiration after all is not the same thing as actual fact.  Nor is making a political statement.

I may have liked Munich if Spielberg had focused on the possible consequences of the Israelis action rather than pretend to know what the actual consequences of their actions turned out to be.  Spielberg is better than most moviemakers at telling a story.  Outside of the seduction of Carl, he did not deliver a formula plot.  I admire Spielberg for trying to say something new (even if he borrowed the story idea) for a Hollywood movie.  Though not subtle in the conveying of his message, he at least gave the moviegoer something to think about in seeing the film.  However, the doubts about the historical accuracy of the movie will probably prevent it from changing anyone’s mind.  In the end, what most moviegoers will think of this movie will likely depend upon their stance on the Israeli–Palestinian matter as it currently stands. 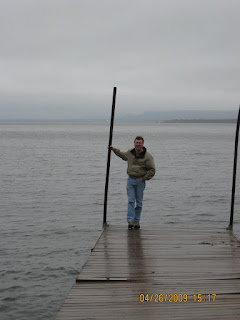